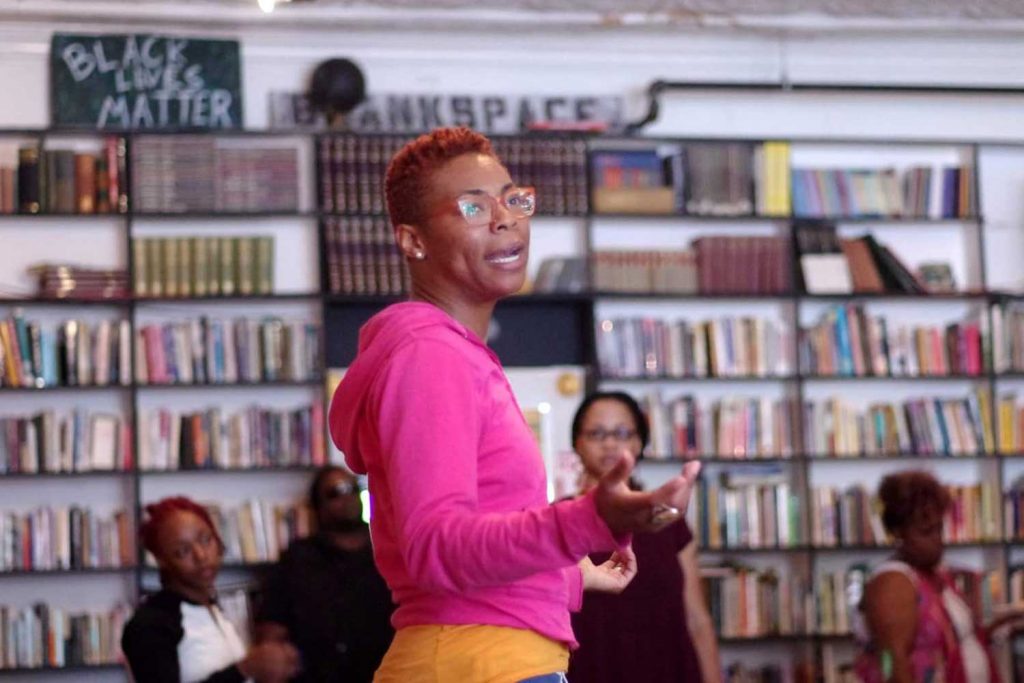 On June 16, 2017, I had the honor of serving as one of the facilitators for the Public Forum for the Selection of a New Police Chief in St. Louis, MO. For those who may not be aware, this forum was the first of its kind in St. Louis, and was kind of a big deal given the racial tension in the area. So, when I told people I was facilitating the event, people were awe-struck and their eyes widened. While I knew that it was a big deal, the magnitude of it didn’t hit me until the next morning.

During the small group session that I facilitated, there were two women who were very passionate and engaged in a heated back and forth debate over the qualities needed for the next chief of police. The entire room stared at the women and then back to me.

By the time I realized that they were not stopping any time soon, fingers were pointing and they only got louder. So, I leaned in and tried to listen not only to their stories, but for their stories. In this moment, I was able to hear their pain and gather the points they wanted to make for our list. After listening for their stories, I told them what I thought I heard, and they both said “yes,” lowered their voices, and we were able to go forward.

Afterwards, people expressed how well I handled the situation, and while I thought I did ok, I think some people may have walked away seeing two stereotypical angry Black women, as opposed to seeing the pain they were expressing. As I reflected on how heavy the entire room was that night, it struck me that they were mere reflections of both sides of the pain in St. Louis and the nation as a whole. Some of the pain was from (1) the killings of unarmed Black citizens and the ability for those responsible to go unpunished, (2) the unresolved tension between law enforcement and marginalized communities, and (3) the misunderstandings, lack of acknowledgement, and distrust between communities of color and law enforcement. The pain of these two women begs to know will the killings end? Where will St. Louis go from here? Can we move forward or will we continue the same old patterns?

While both told stories to prove their points, what I think they really wanted, was for their pain to be acknowledged. Additionally, I wondered where, or if, there was a space for them to express their pain, because when pain is not acknowledged, it manifests in other ways. And for the city of St. Louis, these two women held the mirror that showed the entire room unacknowledged and unresolved pain.

As for me, although I did a good job of collecting the information, I think I fell victim to doing social justice work as opposed to being socially just. While I recognized and listened for the points they were trying to make for the list, I wonder what may have occurred if I acknowledged their pain in that moment instead of getting caught up in the fear of losing control of the group and not collecting the information. What would that have done for them and for the onlookers? Would they have felt heard? Would the crowd have seen their humanity? In my heart, if I were being socially just, I know this acknowledgement could have been huge for all of us. It could have showed us the power of acknowledging and facing the pain, so that we could move forward in the healing process.

In this reflection, I am reminded of the importance of not letting fear guide my work. Instead I must be guided by my desire to be the work, lean into tough moments with love, and ask deeper questions as opposed to seeking to manage and control the situation. I must be the justice I seek, and not simply do the work of social justice.

What pain do you need to acknowledge?

← The Magical Class of 2007Trusting our intuition →