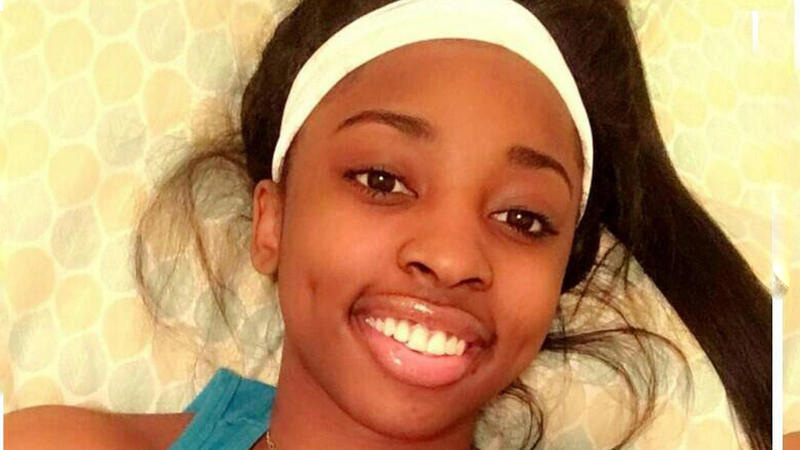 I hope this message finds you resting. This is a letter of apology to you and other Black girls we have lost to violence. I, like many others, tried to ignore you, and that is corrected in this letter.

Kenneka, I really tried NOT to notice you. I tried NOT to learn about you. I tried to ignore you and allow others to be and do the work when it came to you. After all, I’m a caretaker for my mom with dementia, a new business owner, new director, and a new adjunct professor. I have a lot going on and don’t have time for another interruption in this already busy schedule. And here we are. As much as I didn’t want to look you in the face, everywhere I turned, you were staring back at me.

I got on Facebook and people were posting about you. I went to a meeting and people were talking about you. I went to sleep, and my girlfriend woke me to talk about you. In the midst of people planning a healing event for protesters against the acquittal of #JasonStockley in the death of #AnthonyLamarSmith, you were standing there looking at me. When I went to a Sunday gathering to talk about how the system did not affirm the greatness of Sojourner Truth, you showed up again. Finally, when I heard the football game coming on, before I had a chance to change the channel, I thought of the NFL protests and how no one took a knee or locked arms for you.

No matter where I turned, you were always standing right there, looking back at me. When I tried to avert my eyes, you were in my periphery. And when I finally gave you some attention, I recognized that the reason I could not shake you, Kenneka, is because you are me, and I am a mere reflection of the truth we both seek—to be seen, valued, and celebrated.

Unfortunately, I have gone most of my life, not valuing and celebrating Black girls and the contributions we’ve made to ourselves, communities, and the world at large. It wasn’t until I went to graduate school that I even gave Black girls a second thought. I can remember my advisor, Dr. Laurance Parker, telling me I should take a class on Black Girls taught by Dr. Ruth Nicole Brown. I remember scrunching my face and saying, “I’m a Black girl. I taught Black girls. I was raised by Black girls. My friends are Black girls, so I think I know Black girls.” Fortunately, he persisted. I took the class, and it blew my mind! My eyes opened to a whole new world.

Kenneka Jenkins, you are just one of many Black girls we have lost to violence, and unfortunately, many people have not even noticed, and others want to blame you for your death, which is far from the truth.

Truth is, we never valued you.

I love you and am forever grateful for perhaps one of the most powerful reminders: to see, value, and celebrate myself so that I can see, appreciate, and rejoice in the beauty of you and other Black girls. Rest in power #KennekaJenkins.

When was the last time that you celebrated Black girls?

When was the last time you stood in solidarity with Black girls?

← Brushing my Mom’s Hair: Noticing the love and the patternEven the color purple wants to be loved →